The little town of Merredin has been brightened up in more ways than one this Spring, with a little hit of orange from 7 latest model Fleetspec Buses hired for the new Merredin Solar Farm project, which broke ground in March this year.

The project is a new look for WA, traditionally a coal mining region and will create lots of new jobs and a bit of positive buzz for the town and region.

Risen Energy (Australia) is developing the Merredin Solar Farm, the largest solar farm committed to construction in Western Australia. Once completed the solar farm will have an expected output of 281GWh of electricity annually, generating enough green energy to power approximately 42,000 Western Australian homes.
The Merredin Solar Farm is located on 460ha of former farming and grazing country adjacent to the Western Power Merredin Terminal and will connect to the Merredin Terminal at 220kV.
Fleetspec is proud to be supporting the project with long-term hire of their new model vehicles – 6 x 12 Seat Toyota Hiaces Buses and 1 x 22 Fuso Rosa Seat which were prepared and ready to roll from Fleetspec Hires depot in Balcatta, Perth.

The trucks will be onsite for at least two months and will be used to move a large number of contractors and labour around the very large site.

Fleetspec Hire’ Director, Daiman Clarke commented, ‘We love to see our vehicles be part of such a positive and interesting project, where jobs and income are created for small towns and country towns in such a positive way.’ 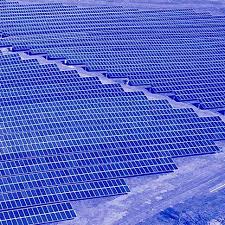